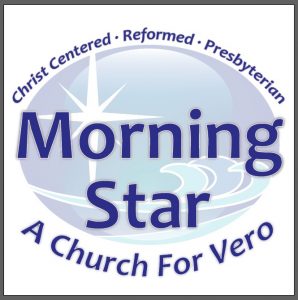 Throughout 1995 Pastor Don Watkins led a men's group within the Vero Beach community that studied theology. As the group developed under his leadership, Don began to pray for guidance as to whether or not to plant a new church. With the humble beginnings of this small group and sensing God's guidance to start a new work, our first worship service was held in the cafetorium of Oslo Middle School on the second Sunday of February 1996. Our church continued to hold regular worship services in Oslo Middle School until accepting an invitation by First Christian Church to share their facilities. We worshiped at First Christian Church for a year and a half.

Initially, we were an unaffiliated church (although Pastor Watkins was connected with the Presbyterian Church in America ). As the church developed, a leadership team was raised up, and they decided to pursue affiliation with other churches in a denomination. After thorough research and much prayer, this team selected the Associate Reformed Presbyterian Church. In October of 1997, Morning Star began a formal connection as a self-supporting mission church with the ARP. It was also in October of 1997 that Pastor Watkins was able to move from part-time as pastor, to full-time status.

In November of 2001 we purchased ten acres of land located on Oslo Road. The property, which included a fitness center and a residential house, was a perfect fit for our growing congregation. That same month we advanced from mission church status to a particular organized church. With humble hearts full of gratitude, we ordained our first elders, Jim Romanek and Glenn Bradwell, and our first deacon, Phil Delange. About a year after moving in, we began major remodeling of our new facility.

The initial vision at Morning Star was related to the family, and the church's desire to equip, minister to, and raise up healthy, biblical families. This vision was encapsulated in the church motto which was to be ~A CHURCH FAMILY THAT BUILDS FAMILIES~. The vision led to the development of ministries and events that were age integrated, rather than age-segregated. Because this was attractive to home schooling families, the church gained a reputation as the church for home schoolers.

Building families continues to be one of our important church values, but Pastor Watkins left Morning Star in 2006 and moved to Kentucky to be closer to his parents. Pastor Brent Holladay became Morning Star's new pastor and served the church from 2007 to 2009.

In 2011 Pastor Dennis Rupert was called to Morning Star. Dennis is gifted in the areas of Christ-centered preaching and teaching. His vision is to build on the many strengths of Morning Star Church and to be used by Christ to continue their church mission of "shining Christ as far as our beams extend."